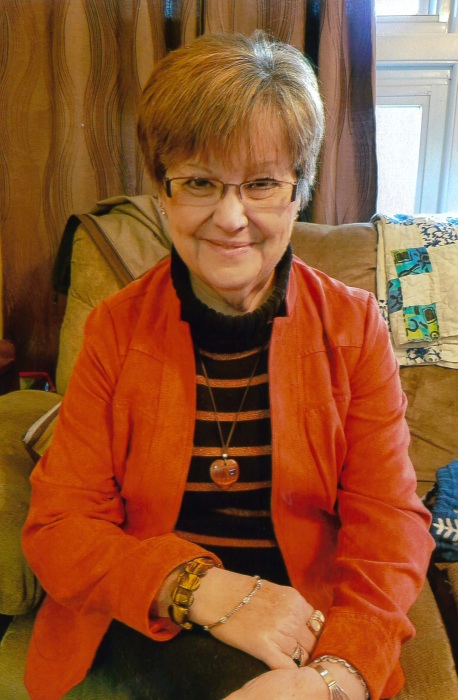 ELAINE RUTH BUMPUS, 69, of Tuscola, IL passed away at 8:05 P.M. on Wednesday, December 6, 2017 at Carle Foundation Hospital in Urbana, IL.  Arrangements are incomplete at the Edwards Funeral Home.

Private memorial service will be held on Sunday, December 17, 2017 at the Edwards Funeral Home in Arcola, IL.  Pastor Steven Stern will officiate.

Elaine was born on September 16, 1948 in Springfield, IL.  She was a daughter of Robert Lee and Mary Byers (Crosby) King.  She married Martin Bumpus on December 31, 1981 in Mattoon, IL.

She was preceded in death by her parents and one son, David Thomas.

Elaine was a member of the First Christian Church in Tuscola.

She was a well-respected RN (Registered Nurse). She had served as a certified RN and an Occupational Health Specialist at Quantum Chemical for several years. Elaine owned and operated the Art of Massage and was in Massage Therapy services for over 10 years.

Elaine considered it her full time job to spoil all of her grandchildren. She proudly was called for decades “Grandma Cookie”.  We will never forget she made the best chocolate chip cookies in the world, we love you, grandma cookie!

To order memorial trees or send flowers to the family in memory of Elaine Bumpus, please visit our flower store.
Send a Sympathy Card