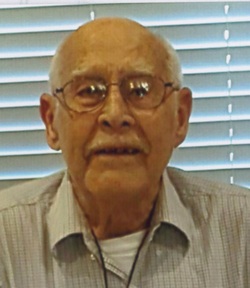 A Visitation will be held from 2:00 P.M. 3:30 P.M. on Saturday, October 15, 2016 at Carriage Crossing, 1701 Congressional Way in Champaign, IL. A Celebration of Earl’s life will be held at 3:30 P.M on Saturday following the visitation at Carriage Crossing. Rev. Jeff VanDyke will officiate. Burial will be in the Arcola Cemetery. The Edwards Funeral Home is assisting with arrangements.

He was preceded in death by his parents, four brothers, Gerald Eugene, Clyde, Dale and George Gudenrath and one sister, Evelyn Bernice Brewer.

Earl enjoyed tent camping and fishing with his family. They have camped and fished in Illinois, Wisconsin, the Smokey Mountains, Indiana and Missouri.

Earl avidly followed politics as a strong Republican and liked to discuss his views with others.

Earl's greatest joy in life was his family and he never ceased to let them know it.

To order memorial trees or send flowers to the family in memory of Earl Gudenrath, please visit our flower store.