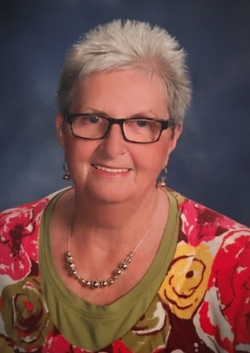 Visitation will be held from 5:00 P.M. to 8:00 P.M. on Thursday, March 23, 2017 at the Good Shepherd Lutheran Church, 2101 South Prospect Avenue, in Champaign, IL. Funeral services will be held at 10:00 A.M. on Friday, March 24, 2017 at the church with visitation one hour prior. Pastor Tom Hillertz will officiate. Burial will be in the Kopmann Cemetery in Flatville/Royal. The Edwards Funeral Home in Arcola is assisting with arrangements.

She was preceded in death by her parents, her loving husband Kenneth, one brother Ralph Loschen, one sister Bernice Loschen, and an infant great-grandson Camron.

Dorothy was a graduate of Rantoul High School.

She had worked at Busey Bank in Urbana for 31 years, and she was a Co-Owner of the Gifford-Flatville Baseball team.

Church was very important to Dorothy. She was a Charter Member of the Good Shepherd Lutheran Church in Champaign.

She was an avid St. Louis Cardinals fan and an avid Illini fan. She enjoyed working puzzles but most of all she enjoyed watching her grandchildren play sports as long as they were winning.

Memorials may be made to the Good Shepherd Lutheran Church in Champaign.

To order memorial trees or send flowers to the family in memory of Dorothy Oakley, please visit our flower store.
Send a Sympathy Card