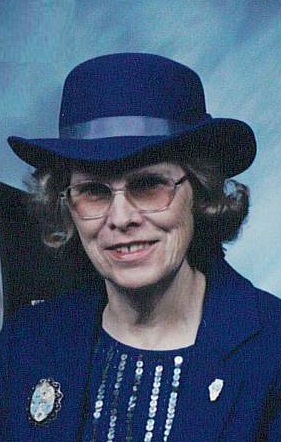 A memorial service celebrating Doris’s life will be held at 11:00 A.M. on Saturday, February 8, 2020 at the Arcola United Methodist Church.   Pastor Matt Stump will officiate.   Burial will be held at a later date in the Independent Order of Odd Fellows Cemetery in New Haven, IN Visitation will be held one hour prior to the service at the church.     The Edwards Funeral Home is assisting with arrangements.

She was preceded in death by her parents, her husband, one son, Leland Atteberry, and two brothers, Delbert Lewis and Fredrick Lewis.

Doris graduated 3rd in her class from Tuscola High School in 1955.  She attended the University of Illinois.  She has been in the Income Tax Preparation field for over 60 years; for the past thirty years she has been self-employed.

Doris was a member of the Arcola United Methodist Church, Arcola Foundation, the Douglas County Museum and the Red Hat Club.   She was also a University of Illinois Extension Master Gardener.

She enjoyed quilting, crocheting, gardening and antiquing.  She always looked forward to traveling with Curtis and spending time with her family.

In Lieu of flowers memorials may be made to the Arcola Foundation or the Arcola United Methodist Church.

To order memorial trees or send flowers to the family in memory of Doris Atteberry, please visit our flower store.
Send a Sympathy Card