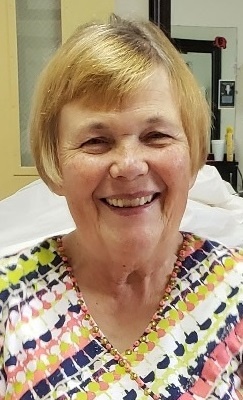 Graveside funeral services will be held at 2:30 P.M. on Tuesday, February 15, 2022 at Resthaven Memorial Gardens in Mattoon, IL The Edwards Funeral Home is assisting with arrangements.

Donna was born on July 27, 1949 in Stewardson, IL.  She was a daughter of Lester Eugene and Mellie (Robinson) Prahl.

She is survived by her son, Bradley Colman of Mattoon, IL, one sister, Barbara Pendergast of Mattoon, IL and several nieces and nephews.

Donna was preceded in death by her parents, one brother and one sister.

Donna worked at General Electric in Mattoon, IL for 14 years.   It was after she got laid off at GE that she earned her Associates degree from Lake Land College.  She became a legal secretary for attorney Joe Basola in Decatur, IL and then for Burke Blue Law Firm in Panama City, FL.  She would later take a position with the Bay County Courthouse from which she retired.

Donna enjoyed traveling, riding motorcycles, going to the beach where she would look for dolphins and collect seashells.   She also enjoyed dancing and listening to music, but her greatest joy in life was spending time with her family.

To order memorial trees or send flowers to the family in memory of Donna Cole, please visit our flower store.