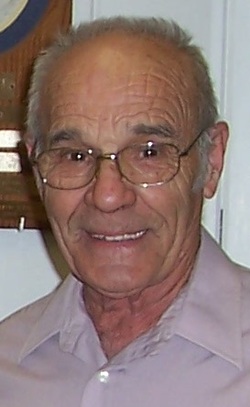 A funeral service will be held at 11:00 A.M. on Tuesday, February 11, 2014 at the Edwards Funeral Home. Rev. Jess Adams will officiate. Burial with Military Rites will be in the Arcola Cemetery. A visitation will be held from 5:00 to 8:00 P.M. on Monday, February 10, 2014 at the Edwards Funeral Home. To leave an online condolence please visit www.edwardsfh.net

Donald was an Army Veteran of the Korean War.

He was preceded in death by his parents, his wife, one brother, Charles Graven and one sister, Eilene Woods.

Donald had worked at Kraft in Champaign, IL and retired after 25 years; he was an Arcola Police Officer for nine years and worked at the Arcola Lumber Co. until he finally retired for the last time when he was in his late 70s.

He was an avid Bears fan and St. Louis Cardinals fan and he enjoyed woodworking and spending time with his family and friends.

Memorials may be made to the Arcola Library or to the American Cancer Society.

To order memorial trees or send flowers to the family in memory of Donald Graven, please visit our flower store.
Send a Sympathy Card