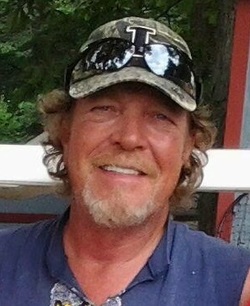 Dennis was born on February 24, 1954 in Gideon, MO. He was the son of Howard Dolphus Taylor and Betty Lorene (Tucker) Mathews.

He was preceded in death by his father, Howard Dolphus Taylor.

Dennis was a 1972 graduate from Atwood High School. He earned his Associate’s Degree from Lake Land College. He worked at Progress Industries in Arthur, IL as a welder for several years. In 2004 he took a job in maintenance at Port Canaveral, a cruise, cargo and naval port in Florida. It is one of the busiest cruise ports in the world. He retired from Port Canaveral in February of this year.

Memorials may be made to the American Heart Association.

To order memorial trees or send flowers to the family in memory of Dennis Taylor, please visit our flower store.
Send a Sympathy Card