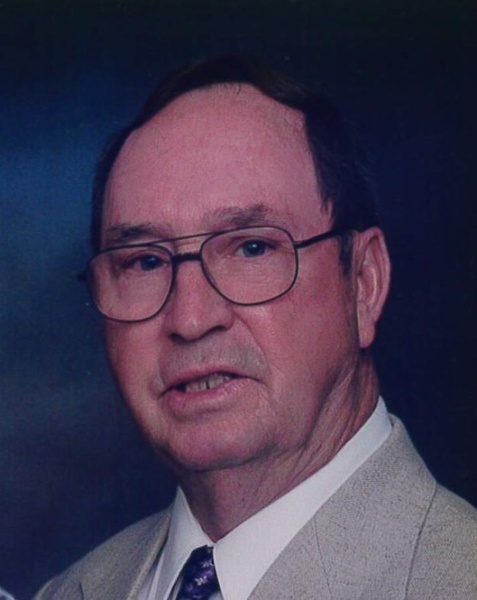 
David Carl VanDeveer, 87, of Arcola, IL passed away at 12:50 A.M. on Sunday, March 08, 2020 at Odd Fellow Rebekah Home in Mattoon, IL.
Memorial service will be held at 10:00 A.M. on Thursday, March 12, 2020 at the Arcola United Methodist Church.  Rev. Matt Stump will officiate.  Burial with Military Rites will be in the Arcola Cemetery.  The Edwards Funeral Home is assisting with arrangements.
David was born on June 12, 1932 in Filson, IL.  He is a son of Carl F. and Freda (Davis) VanDeveer.  He married Peggy Jo Henry on June 11, 1952 in Mattoon, IL.
He is survived by his wife: Peggy Jo VanDeveer of Arcola, IL; two children, Michael David VanDeveer and his wife Lori of Arcola, IL, and Craig Daniel VanDeveer and his wife Tina of Arcola, IL; five grandchildren, Megan Leech, Ethan VanDeveer, Caitlyn Miller and her husband Eric, Stephen VanDeveer and his wife Lauren, and Amber Weaver and her husband Rich; 10 great grandchildren, Jacob, Jayden, and Rylan Weaver, Leo and Abe VanDeveer, Carter and Conner Leech, Reese and Ross Miller, and Shay VanDeveer; one brother: Carl F. VanDeveer and his wife Sandy of Arcola, IL; and two sisters, Reta Headrick and her husband Joe and Sue Romine and her husband Tom all of Arcola, IL.
He is preceded in death by his parents; one brother: Don VanDeveer; and three sisters Clara Hutton, Evelyn Crist and Edrie Knight
After High School David became a Pipefitter in the Industrial field.
He was in the Navy in the Korean War and his rank was 3rd class Petty Officer.  He was Post Master aboard the ship U.S.S. Belle Grove L.S.D.2.
David was a member of the United Methodist Church in Arcola, IL and served on the Arcola City council for 21 years, where he was most proud of helping with the design & creation of Moore Memorial Park and Swimming Pool.
He worked at USI for 40 years as a Pipefitter and retired in 1994.  He was a part of the Arcola Volunteer Fire Department for 12 years, and President of the Senior Citizen Board.
David’s hobbies included raising rabbits, tinkering in his garage, and cheering on the Arcola Purple Rider Football team.
Memorials may be made to the Arcola Volunteer Fire Department or the local VFW.

To order memorial trees or send flowers to the family in memory of David VanDeveer, please visit our flower store.