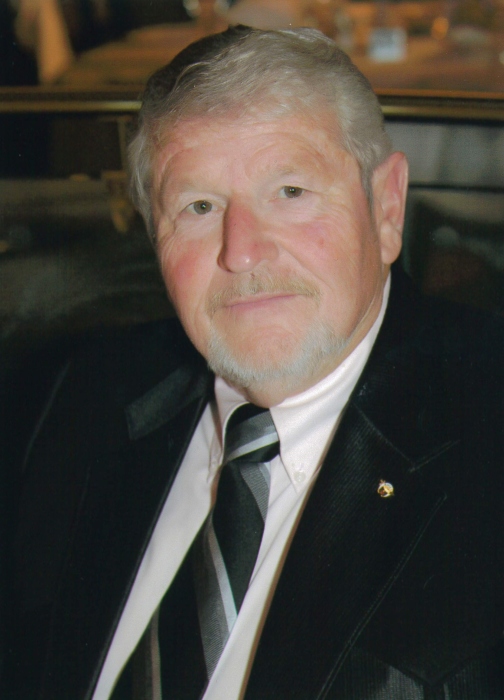 Survivors include his wife, Doris Rich of Urbana, IL, his daughter, Paula Wilde and her husband Tom of Watertown, SD, step-daughter, Tricia Sheer of Omaha, NE, step-son, Carl “CR” Stephens of Urbana, IL, two grandchildren, Will and Nicole Wilde of Watertown, SD, three step-grandchildren, Gentry, Dakota and Rachel Sheer all of Iowa, one sister, Joy Weller and her husband Norman of Houston, TX, and a sister-in-law, Cheri Rich of Sullivan, IL.

His parents, two brothers, Bill Rich and Francis Rich and a step-son-in-law, Mike Sheer preceded him in death.

Dave was a Veteran of the Army National Guard.

He retired from H&W Motor Works in Dubuque, IA after several years of service.  Most recently Dave had driven the Courtesy Van for Sullivan Park Hill in Champaign, IL.

Dave was a member of the Flat Rock Masonic Lodge 348 A.F and A.M., the AINAD Shriners of Southern Illinois, the Urbana American Legion, and the Corvette Club of Illinois.

Dave enjoyed going to car shows where he won several awards with his Corvette.  He also enjoyed working in his yard.  He was known to many as “Pooh” and even had “O Pooh” on his license plate.

His greatest joy was spending time with family and friends.

Memorials may be made to BETHS Place in Tuscola, IL.

To order memorial trees or send flowers to the family in memory of David Rich, please visit our flower store.