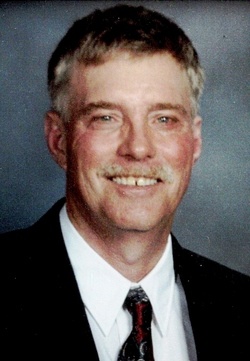 Visitation will be held from 4:00 P.M. to 7:00 P.M. on Friday, March 31, 2017 at St. Paul’s Lutheran Church, 8975 E CR 1200 N in Dorans, IL. A memorial service will be held at 10:00 A.M. on Saturday at St. Paul’s Lutheran Church. Pastor Paul Hopkins will officiate. Burial with military rites conducted by the Mattoon VFW Post 4325 will be in the Humboldt Township Cemetery. The Edwards Funeral Home is assisting with arrangements.

He was preceded in death by his parents and one brother, Jon.

David was an Air Force Veteran of the Vietnam War.

David retired from Illinois Consolidated in 2006 with 36 years of service.

He was a member of St. Paul’s Lutheran Church in Dorans, IL, the Mattoon VFW Post 4325 and the NRA. He served on the Humboldt Fire Department for several years and David coached his sons little league baseball and basketball teams.

David enjoyed being outdoors, he liked to shoot guns, he enjoyed walking his dog, visiting with friends at the VFW, going to coffee with his Illinois Consolidated Co-workers but most of all he loved spending time with his family.

To order memorial trees or send flowers to the family in memory of David Rennels, please visit our flower store.