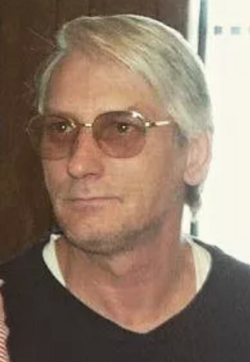 David was born on January 20, 1953 in Decatur, IL. He was a son of Charles John and Murlean Tina (Campbell) Humphrey.

He is survived by four children, Tina Embry and her husband Jade of Arcola, IL, Linnie Walker and his wife Donna of Mattoon, IL, Angie Shields and Chad Hopkins of Arcola, IL and Shyla Humphrey of Manchester, MO; five grandchildren and two great-grandchildren; his special friend, Romona Brown of Burton, MI, and Dale and Rita Brown his extended MI family.

David was preceded in death by his parents, and two sisters, Jean and Deborah.
David was a 1972 graduate of Arcola High School. He received a degree from Parkland College for Diesel Mechanics. He was an Army Veteran.

David was a broom maker at Warren Brothers for over 15 years. He enjoyed fishing, hunting, gardening, and he loved his little dog, “Rocky”.

To order memorial trees or send flowers to the family in memory of David Humphrey, please visit our flower store.
Send a Sympathy Card