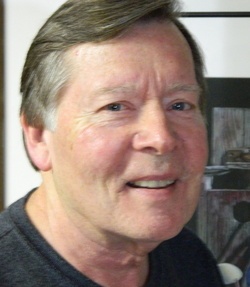 David was preceded in death by his parents.

David grew up in the Greenup, IL, area until moving to Charleston, where he graduated from Charleston High School in 1958. While attending high school, David earned fourteen letters in basketball, baseball, football, and track. In the 1957 and 58 season, he was the scoring leader in both basketball and football. In 1956 he was the baseball batting leader and he was a member of the 1956-57 Sweet Sixteen State Basketball Qualifying Team.

He was an Army Veteran.

He earned his Master of Science in Education from Eastern Illinois University.
After one year of coaching and teaching art at Arcola, IL, he taught art at Parkview Junior High in Lawrenceville, IL, from 1970 to 1985. He was a professor of commercial art at Vincennes University in Indiana from then until his retirement in 2000.

He was a professional artist known worldwide for his works and technique in colored pencil.

To order memorial trees or send flowers to the family in memory of David Dooley, please visit our flower store.