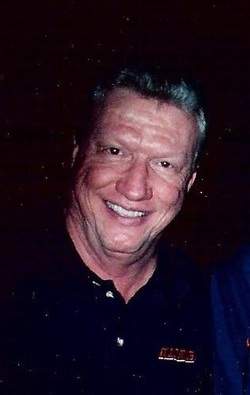 Survivors include one brother, David Edwards of The Villages, FL, and one sister, Debbie Albanese and her husband Thomas of Deland, FL, a niece Dawn Marie Wills and Michael Fratona of St. Petersburg, FL and a nephew, U.S. Army Major, Ryan Edwards and his wife Darcy of Colorado Springs, CO and several aunts, uncles, cousins and friends.

He was preceded in death by his parents, his grandparents and a nephew, Timothy Michael Wills Jr.

Dan was a 1969 graduate of Mattoon High School and later received a degree from Lake Land College.

Dan worked at General Electric in Mattoon for over 33 years. He retired in 2007 at the age of 55. While at G.E. he served as a Craft Certified Maintenance Mechanic and had been a supervisor for several years.

Dan enjoyed being retired. He was an avid golfer, achieving the elusive hole in one at Meadowview Golf Course in Mattoon a few years ago. He was an Illini fan, Chicago Bears fan, and a die-hard Chicago Cubs fan. He was a member of the Moose and the Sons of American Legion in Mattoon, IL, and he had coached Little League Baseball in Mattoon, IL. He loved to go out and eat. Dan became a big supporter of Arcola Athletics after watching his cousins, Cara, Taylor and Beau Edwards play in many sporting events. He followed Cara and Taylor as they went on to play at the next level; Cara at Parkland College playing softball and Taylor at the University of Illinois also playing softball.

Dan was truly a caring and giving person, even in death he saved or greatly improved a few lives through the miracle of organ transplantation by being a “Gift of Life Donor”.

He had many friends and he will be greatly missed.

To order memorial trees or send flowers to the family in memory of Dan Edwards, please visit our flower store.