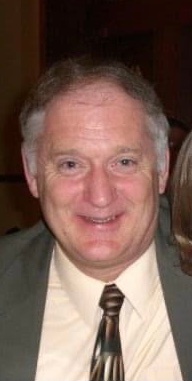 Dale was born on December 28, 1954, in Dodgeville, WI. He was a son of Kenneth John William and Grace Arlene (Nankey) Tomas. He married Lisa Jean Taylor on April 7, 1979, in Charleston, IL.

Dale is survived by his wife, Lisa; three children, Joshua Tomas and his wife Pamela of Humboldt, IL, Caleb Tomas of Humboldt, IL and Amy Barthelemy and her husband Zach of Peoria, IL; four grandchildren, Taylee and Teagan Barthelemy and Jaxon and Matthew Tomas; two brothers, Mark Tomas of Chetek, WI and Wayne Tomas and his wife Debbie of Avoca, WI, and a sister-in-law, Doris Tomas of Plain, WI

He was preceded in death by his parents, a brother, Daniel Tomas and a sister-in-law, Janet Tomas.

He has been working at Masterbrand in Arthur, IL for over 36 years.

He volunteered as a pastor at the Douglas County Jail for many years. He served as pastor of the Missionary Baptist Church in Arcola for over 10 years.

Dale was a huge Green Bay Packer fan. He enjoyed electric train sets and riding four wheelers. His greatest joy came from being with his family. Especially doing anything that involved his grandchildren; swimming, reading to them or simply just playing on the floor with them; just to name a few, if his grandchildren were involved Dale was all in.

Memorials may be made to Dale's family or the Maranatha Christian Academy in Mattoon, IL.

To order memorial trees or send flowers to the family in memory of Dale Tomas, please visit our flower store.
Send a Sympathy Card