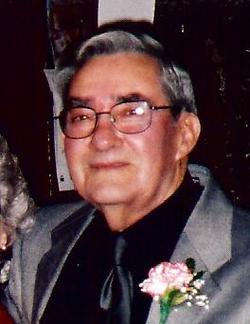 Visitation will be held from 5:00 P.M. to 8:00 P.M. on Wednesday, June 17, 2015 at the Edwards Funeral Home, 221 East Main in Arcola, IL. Funeral services will be held at 11:00 A.M. on Thursday, June 18, 2015 at the Edwards Funeral Home. Rev. Vince Rohn and Rev. Doug Davis will officiate. Burial with military rites conducted by the Arcola American Legion and VFW will be in the Arcola Cemetery.

He was preceded in death by his parents, his first wife, Fannie, two daughters, Nancy King and Patricia Drake, a step-son, Mark Daily and five brothers, Jess, Elmer, Jack, Jim and Delbert King.

Dale was an Army Veteran of the Korean War.

He worked for the U.S. Department of Agriculture for over 25 years. He owned and operated King Excavating for several years.

He was a member of the Arcola Lions Club, and served as an Auxiliary Police Officer for the City of Arcola for several years. He enjoyed his work, tinkering in his shop and spending time with his family.

Memorials may be made to the Arcola Lions Club for Hospital Equipment.

To order memorial trees or send flowers to the family in memory of Dale King, please visit our flower store.
Send a Sympathy Card