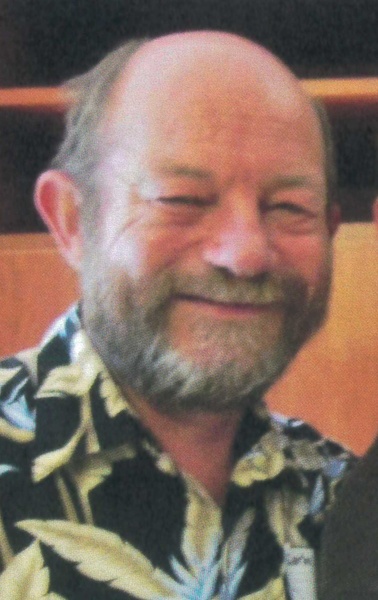 Visitation will be held from 1:00 P.M. to 3:00 P.M. and from 4:00 P.M. to 6:00 P.M. Friday, August 19, 2022, at Penn Station 120 East Progress St., Arthur, IL. Funeral service will be held at 6:00 P.M. following the visitation at Penn Station. Rev. Doug Davis will officiate. Hawaiian attire would be appreciated. Following the funeral service the family will process to the Arcola Masonic Community Center, 111 South Locust St, Arcola, IL for the Crandallonium. All are invited. The Edwards Funeral Home is assisting the family with the arrangements.

He was preceded in death by his grandparents John and Leah Gingerich, Alvia and Belle Bennett and his parents Jake and Ruth Gingerich; his father-in-law, Jack Standerfer, and 3 brothers-in-law Jim Slaughter, Lou Bates, and Don Hodge.

Crandall graduated from Arcola High School in 1971. He worked Coop through the Arcola High School and became Dairy Manager at the Arcola IGA. He quit his job at the IGA at the age of 17 to go to work at Schrock’s in Arthur, now known as MasterBrand Cabinets, where he continued to work for 49 years.

He treasured his 1953 Harley Davidson as well his grandpa’s 1952 F1 Ford Pickup truck. Crandall enjoyed spending time at the original “Man Cave” and spending time with his grandchildren.

Crandall was an avid Chicago Cubs and Chicago Bears fan and a Budweiser Man.

He belonged to the AGAPE church group near Oakland, IL

One of Crandall’s fondest memories was playing in Gus-Macker basketball tournaments with Hondo Hanley, Mike Shafer, Jeff Butler, and Wayne Smallwood. Their team won several trophies. He was proud to say he once ran 10 miles in 62 minutes.

Crandall always had a joke to tell, insisted he knew your middle name and always noted everyone’s birthday with his special song. He will always be remembered as a very loving son, brother, husband, father, Papa, uncle, and friend.

The family would like to offer a special thankyou to Memorial Home Hospice of Decatur and Cancer Care Specialists of Decatur for all they have done.

In lieu of flowers memorials may be made to St. Jude Children’s Research Hospital, or a Humane Society of the donor’s choice.

To order memorial trees or send flowers to the family in memory of Crandall Jay Gingerich, please visit our flower store.