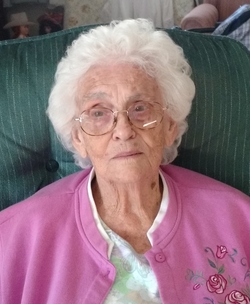 CORRENE BURCH, 92 of Farmer City, formerly of Atwood, IL, passed away at 1:11 P.M. on Saturday, April 8, 2017 at the Farmer City Rehabilitation and Health care Center in Farmer City.

She enjoyed sewing and quilting and spending time with her family.

Memorials may be made to the Food Pantry at the United Church of Atwood.

To order memorial trees or send flowers to the family in memory of Correne Burch, please visit our flower store.
Send a Sympathy Card