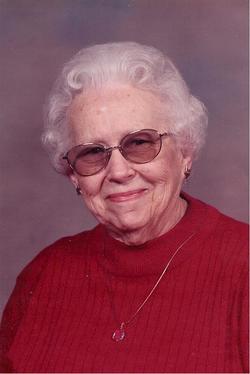 There will be no visitation or funeral locally. Burial will be at Clarendon Hills Cemetery in Darien, IL at a later date. The Edwards Funeral Home is assisting with local arrangements.

She was preceded in death by her parents, her husband, five brothers and three sisters.

In 1960, Mrs. Jahnke and her husband moved to Wisconsin and managed a summer resort at Island Lake, WI. They returned to Hinsdale, IL, in 1966 and she worked at Hinsdale South High School in the cafeteria. Upon retirement in 1976, she and her husband moved to Mt. Ida, AR, where she worked several years as breakfast cook at Sunset Lodge retirement home. While in Arkansas, she was a member of the First Lutheran Church in Hot Springs and was active in the braille work center at the church. She moved to Arthur in 2000 and was a member of the Immanuel Lutheran Church in Tuscola, IL

Memorials may be made to the Arthur Home, the Immanuel Lutheran Church, or donor’s choice.


To order memorial trees or send flowers to the family in memory of Cora Jahnke, please visit our flower store.
Send a Sympathy Card