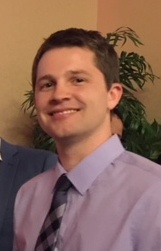 Visitation will be held from 10:00 A.M. to 12:00 P.M. (Noon) on Saturday, March 31, 2018 at Broadway Christian Church, 1205 South 9th Street, Mattoon, IL.  The church will provide a small meal after the visitation followed by a private service for family and friends.  Burial will be in the Humboldt Cemetery at a later date.  The Edwards Funeral Home is assisting with arrangements.

Cody was born on May 16, 1991 in Urbana, IL.  He was a son of and survived by his parents Jason & Angie (Mills) Shumaker of Pesotum, IL.  He is also survived by one brother, Spencer Shumaker of Pesotum, IL, paternal grandmother, Jill Shumaker of Avon, IN, paternal great-grandmother, Lola Shumaker of Rensselaer, IN, maternal grandmothers, Darlene Bartlett and her husband John of Mattoon, IL and Ginger Mills of Humboldt, IL, uncle Michael Shumaker and his wife Laura and their children, Elijah, Uriah, Abram, Amos and Elizabeth, of Brownsburg, IN, aunt Angela Rasor and her children Lexus and Kendall of Indianapolis, IN and his uncle John Ryan Bartlett of Charleston, IL.

While at Unity High School Cody played baseball for four years.  He loved all sports, many volleyball games in the back yard with friends but his true passion was tennis. From watching all the tournaments on TV to playing competitive matches with his brother Spencer to restringing his own racket to constantly swinging it in the house.  He was a league member of the Dodds Tennis Center in Champaign, IL.  He even went to 3 professional tournaments with his family where he got to watch his favorite player Roger Federer compete each time.

Cody also loved to have friends and family over to play board games and cards and he played his share of video games.  His other passion was watching movies and TV shows.  Everyone loved his unique sense of humor, laughing out loud at the TV while having his 2 mini-dachshund dogs Sammy and Sophie on his lap.  Cody was able to travel to many places with his family since his dad Jason has been a travel agent all of his life. He especially loved beach vacations and ski trips.  He and Spencer loved the big jumps in the terrain park and racing full speed to the bottom of the mountain. We loved and cherished being a part of his fun-filled life and we’ll miss him from here on out!

To order memorial trees or send flowers to the family in memory of Cody Shumaker, please visit our flower store.