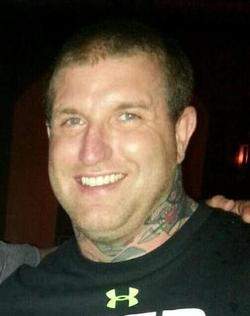 Clint was born on August 15, 1984 in Mattoon, IL. He is the son of Andrew and Bridget (Werner) Gillenwater of Arcola. He was baptized at St. John’s Lutheran Church in Mattoon, IL.

Clint was an avid cat lover and could not walk away from his dumpster kitties. He enjoyed bodybuilding, football, movies and was very proud of his many artful tattoos. He was employed at Kraft Foods in Champaign.

In lieu of flowers memorials may be made to Prairieland Anti-Cruelty Program, (prairielandshelter@gmail.com), in Champaign.

To order memorial trees or send flowers to the family in memory of Clint Gillenwater, please visit our flower store.