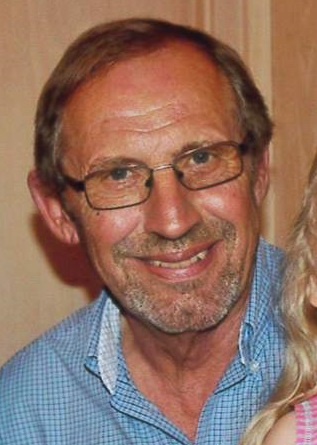 He was preceded in death by his parents, one nephew, Justin Kauffman, one great-nephew, Tanner Tabb and a special brother-in-law DeWayne Snyder.

Clifford was a member of the Arthur Mennonite Church, the Douglas County Farm Bureau and the American Paint Horse Association.

At the age of 13, Cliff started working at Stutzman’s Feed Mill mixing feed then when he turned 16, he drove a truck delivering bags of feed and later also hauling turkeys at night.  As you can see, being a hard worker was instilled in him at a very young age.  He continued to work for Stutzman’s for 10 years before he took over the propane business from his father who had been in it for 20 years.  Cliff then serviced Arthur and the surrounding areas for over 36 years in his gas truck.  Everyone from young to old knew him as “gas man Cliff”! He was so dedicated to his job and gas customers, and held the top sales spot for many years with Okaw Valley Propane delivering more than 1 million gallons of gas per year.  He often put in 15-16 hour days in the winter time just in his gas truck.  In 1992, Kauffman Brothers incorporated and Cliff and his brothers started farming together and raising and showing draft horses.  He loved spending what spare time he had with the horses and farming, and because he didn’t have enough on his plate, he took up hauling horses in the Arthur area and was always available.  He took many late-night trips to the University of IL to transport sick horses or made early morning trips to horse sales or farrier appointments.  He did not like telling someone “No” so there were many mornings he was up at 3 am just to get the chores done before he started his day.  He also enjoyed spending his Sundays in the summer doing tractor drives as Cliff and his brothers have restored 5 antique tractors with another in the works.

Cliff was not only a hard worker, but he was also a Christian and a strong family man.  His family meant the world to him and he loved being a Grandpa.  His grandkids were about the only thing that could keep him from working as he loved spending precious time with them giving gator rides, swinging them on the swing set he put so much work in to, taking them on stroller rides, and snuggling up at night to put them to bed.  Cliff worked so hard to keep his home and everything he owned in meticulous condition.  He was the best Grandpa, Dad, Husband, Dedicated Worker, Good Man and Great Friend to many.  Cliff will be missed by so many and has left a lasting legacy with everyone he met.  His role in the Arthur community will be difficult to fill.

In lieu of flowers, memorials may be made to the Colton Weber Buddy Walk which provides funding to the local and national Down syndrome organizations or the Arthur Mennonite Church.

To order memorial trees or send flowers to the family in memory of Clifford Kauffman, please visit our flower store.