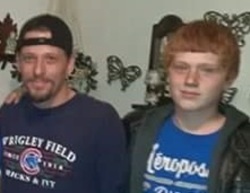 Christopher was born on November 18, 1977 in Fort Lauderdale, FL. He was a son to Eugene and Beverly (Potter) West.

He was preceded in death by one son, Christopher David West.

Christopher had worked at Midas on University in Urbana, IL for the past 15 years. He worked hard and always took care of his children.

To order memorial trees or send flowers to the family in memory of Christopher West, please visit our flower store.
Send a Sympathy Card