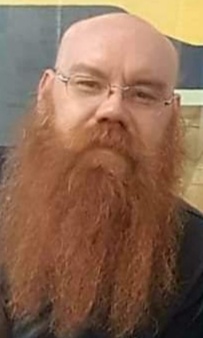 A celebration of life service will be held at 3:00 P.M. Saturday, October 3, 2020 at Penn Station in Arthur, IL.  Pastor Woody White will officiate.  Military rites will be conducted by The Lovington American Legion Post 429.

Christopher was born July 1, 1974 in Decatur, IL.  He was a son of John David Crowe and Patricia Ann Myers.

Christopher was preceded in death by his stepfather, Jim McMahan, and grandfather’s, McKinley Crowe and Walter Myers.

Chris graduated from Atwood High School in 1992.  Following graduation, he entered the Navy and later went to work for The Canadian National Railroad where worked for over 20 years.

In lieu of flowers, memorials may be made to the Lovington American Legion Post 429.

To order memorial trees or send flowers to the family in memory of Christopher Crowe, please visit our flower store.
Send a Sympathy Card