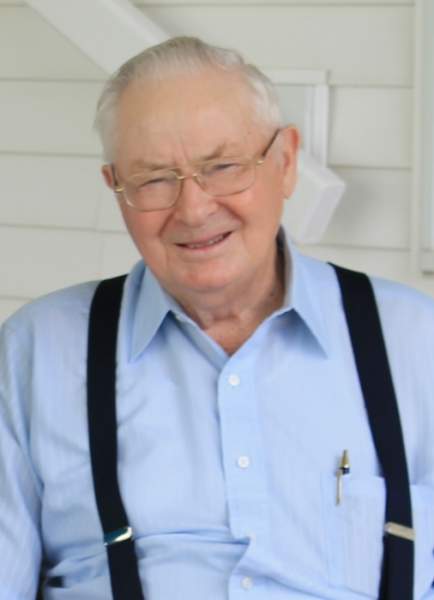 Chris was born on July 10, 1929 to William and Rachel (Stutzman) Yutzy.  Chris married Lucy W. Schrock, daughter of William B. and Elsie (Kauffman) Schrock on January 6, 1949.

He was preceded in death by his parents, William and Rachel Yutzy, and two brothers-in-law: Andy Bontrager and Jonas Plank.

Chris was an avid student of the Bible and he was fascinated with eschatology.

He was a farmer all of his life, and he owned and operated C&H Heating and Electrical for over 40 years.  For the past several years he did repair work on gas appliances.

Chris was a member of the Sunnyside Mennonite Church.  He enjoyed driving his 1929 Model A Ford Sport Coupe that his son restored.

Memorials may be made to Braille Bibles International or the donors choice.

To order memorial trees or send flowers to the family in memory of Chris Yutzy, please visit our flower store.