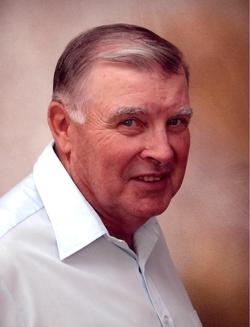 He was preceded in death by his parents and his wife Karen.

Stan was a member of Bourbon Baptist Church where he had served as a deacon. He and his wife had belonged to a card club and a square-dance club many years ago.

Stan farmed in Douglas County most of his life. He could be found “checking the markets” at the Chesterville Elevator daily and visiting with other farmers there. He also was a woodworker, building things for his family and he always cared for animals around the farm; cats, dogs and a lot of pigs.

Some of his best times were spent traveling with his wife, having recently visited Scotland. Stan always enjoyed watching his grandchildren in all of their activities and he was very family oriented.

Memorials may be made to the Bourbon Baptist Church and the Arthur or Tuscola FFA Chapters.

To order memorial trees or send flowers to the family in memory of Charles Schultz, please visit our flower store.
Send a Sympathy Card