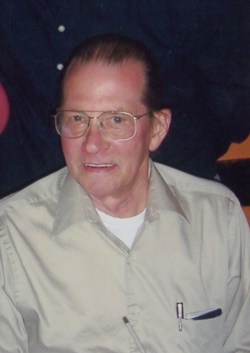 Charles was born on January 4, 1942 in Baltimore, MD and later moved to Pennsylvania with his family. He was the son of Charles Albert Hodgson Sr. and Anna (Suvitsky) Laird. It was in Pennsylvania where he met and married his wife, Jennifer Hyde. In May 2016 they would have been married for 54 years.

He is survived by his wife Jennifer, two children, Susan Key and her husband Chris of Arcola, IL, and Jason Hodgson and his wife Beth of Parker, CO, three grandchildren, Olivia, Elliot and Francesca, three siblings, Jessica, Sue and Jerry all of Pennsylvania.

He was preceded in death by his parents, and one son, Charlie Hodgson.

Charles was in the tractor trailer industry as a self-taught manufacturing engineer where he worked for Trailmobile in Pennsylvania, Chicago and Charleston, IL, and also Monon, IN before coming back to Illinois to finish his career working for JBH Inc. in Arcola. He retired from the industry in 2009.

After retirement Charles was able to enjoy his many hobbies, but, it was his raised bed gardens that were his pride and joy and he and Jennifer fed the neighbors and friends with their overabundance of produce.

Memorials may be made the St. John’s Catholic Church in Arcola, IL.

To order memorial trees or send flowers to the family in memory of Charles Hodgson, please visit our flower store.