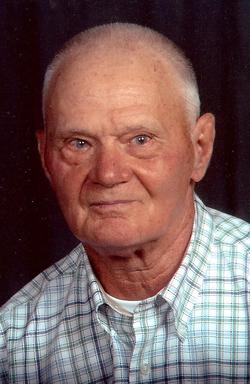 Mass of Christian Burial will be held at 10:00 A.M. on Wednesday, May 14, 2014 at Forty Martyrs Catholic Church, 201 East VanAllen in Tuscola, IL. Father Delix Michel will officiate. Burial will be in the Tuscola Cemetery. Visitation will be held from 5:00 P.M. to 7:00 P.M. on Tuesday, May 13, 2014 at the Edwards Funeral Home, 221 East Main in Arcola, IL. Memorials may be made to Forty Martyrs Catholic Church.

Charles was born on March 7, 1932 in Effingham, IL. He was a son of Charles “Lem” and Emma (Habing) Campbell. He married Leta Jane Redman on August 17, 1957 in Villa Grove, IL. She passed away on July 13, 2009. An infant son, Charles Selser Campbell also preceded him in death.

Charles was an Army Veteran of the Korean War.

He was a member of Forty Martyrs Catholic Church in Tuscola, IL.

He retired as a Pipe Welder with over 55 years of service to the International Brotherhood of Electrical Workers.

Charles was a hard worker and dedicated to his family. He loved creating memories and adventures with them. He loved NASCAR racing, traveling cross country with his family, being on the water, fishing, and simply being outdoors, as long as he was spending time with his loved ones.

To order memorial trees or send flowers to the family in memory of Charles Campbell, please visit our flower store.