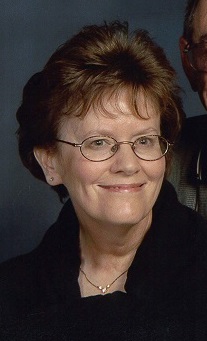 Graveside services will be held at 11:00 A.M. on Thursday, February 14, 2019 at the Tuscola Township Cemetery.  Father Angel Sierra will officiate.  The Edwards Funeral Home is assisting the family with arrangements.

She was preceded in death by her parents; her husband; her father-in-law, Paul Kleiss; a brother-in-law, Russell McCoy; and a sister-in-law, Judy Black.

Carolyn was a member of the Forty Martyrs Catholic Church in Tuscola.

She enjoyed traveling, shopping, antiquing, reading, going out to eat, and spending time with her family.

In lieu of flowers, memorials may be made to the American Cancer Society.

To order memorial trees or send flowers to the family in memory of Carolyn Kleiss, please visit our flower store.
Send a Sympathy Card