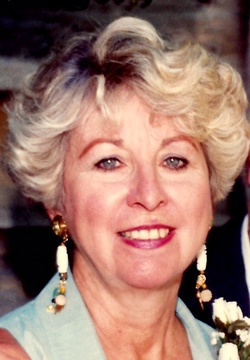 Carol Hack Nay, 76, of Ormond Beach, Florida, passed away on Sunday, January 26, 2014 after a long and brave battle with Alzheimer's disease. She passed away at Southlake Nursing and Rehab in Jacksonville, FL. Carol was born and raised in Paterson, New Jersey. Carol attended Seton Hall University. She lived in Orlando for many years and relocated to Wilbur by the Sea, FL in 1986. Carol made her permanent home in Ormond Beach in 1998.

In lieu of flowers, the family has requested that donations be made in Carol's memory to: The Scripps Research Institute, 10550 N. Torrey Pines Road, TPC2, La Jolla, California, 92037, Attention: Alzheimer's Research, The Lab of Dr. Jeffrey Kelly. http://www.scripps.edu/discover/alzheimers.html

The family wishes to thank the care givers at Emeritus Assisted Living in St. Augustine, FL, Southlake Nursing and Rehab Center in Jacksonville, FL and Hope Haven Hospice. Thank you for watching over her.


To order memorial trees or send flowers to the family in memory of Carol Nay, please visit our flower store.
Send a Sympathy Card