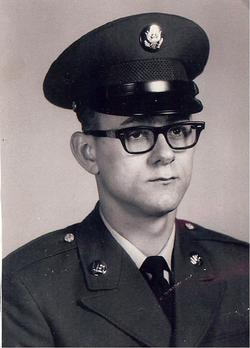 Carl was born on January 14, 1947 in La Porte, IN. He was a son of Carl Barnes Sr. and Burdetta June (Schultz) Pointon. He married Laura Kay Ealy on January 6, 1974 in Rolling Prairie, IN. Yesterday (January 6) would have marked their 42nd wedding anniversary.

He also leaves behind his beloved bird, Pretty-boy.

He was preceded in death by his parents, an infant daughter, Ann Elizabeth Pointon, and one sister Pat Lindsley.

Carl was an Army Veteran of the Vietnam War, and he was a member of the Mattoon American Legion for 49 years.

Carl had worked as a truck driver for over 35 years for Tucker Freight Lines of Michigan City, IN. He had also worked at Trail Mobile as a security guard and at Howard's Disposal.

Carl enjoyed spending time with all of his grandchildren and teaching them new activities, it did not matter if it was how to cast a line, drive, or how to use a power tool he was willing to teach them sometimes to the dismay of his kids. It was not only his grandchildren who he loved to spoil but any child that he met, he was always buying candy or soda for strangers’ kids and he enjoyed every minute of it. If he was not spending time with one of his grandkids you could find him working on another home improvement project, fixing somebodies vehicle, or out on the lake.

Carl will forever be remembered by his family and close friends as the sarcastic man who enjoyed being around people and showing them how to live in his world which consisted of sarcastic comments, laughter, smiles, love, and pure ornery behavior.

Memorials may be made to the Mattoon VFW.


To order memorial trees or send flowers to the family in memory of Carl Pointon, please visit our flower store.