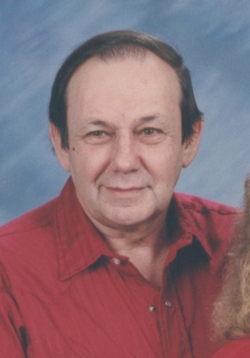 
Funeral services will be held at 7:00 P.M. on Monday, September 5, 2016 at the Southern Baptist Church in Arthur, IL. Rev. Doug Davis will officiate. Visitation will be held two hours prior to the funeral from 5:00 P.M. to 7:00 P.M. at the church. The Edwards Funeral Home is assisting with arrangements.

Gary was born on March 19, 1944 in San Luis Obispo, CA. He was a son of Charles Tilford and Leota Pearl (Lefler) Roberts. He married Jana Kay Tucker on September 1, 1963 in Decatur, IL.

He worked at Collins and Daugherty Chevrolet Garage as the Forman of the body shop; he then went to Ascherman Ford as a mechanic and retired in 2009.

Gary built a chopper with his son with parts from around the United States. He enjoyed a good antique tractor show. He loved to work with metal machines. He worked on cars, motorcycles, lawn mowers, weed eaters, roto-tillers and any type of small engines. He enjoyed target shooting and model trains, planes and guns.

To order memorial trees or send flowers to the family in memory of C. Roberts, please visit our flower store.
Send a Sympathy Card