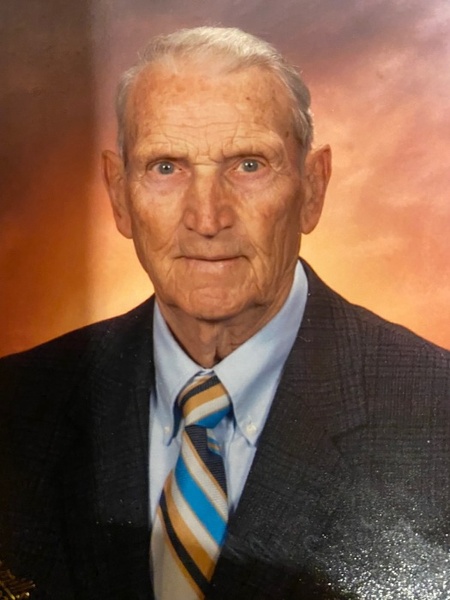 Funeral services will be held at 12:00 P.M. (Noon) on Saturday, March 7, 2020 at the Edwards Funeral Home, 221 East Main in Arcola, IL.  Rev. Ian Stamps will officiate.  Burial will be in the Humboldt Cemetery.  Visitation will be held two hours prior to the funeral from 10:00 A.M. to noon at the funeral home.

Bruce was an Army Veteran.

He was a member of the Broadway Christian Church in Mattoon, IL.

Bruce was a farmer at heart.   At the age of 10 he started helping his dad in the Cooks Mills area; he farmed full time up until he began working for the postal service in 1964.   He then continued to help area farmers on the weekends and in his spare time.  He served the U.S. Postal Service for nearly 30 years.   Retiring as Postmaster from the Windsor Post Office in 1993.   He had also served as Postmaster in Humboldt for many years.

Bruce was quite the storyteller; he enjoyed traveling, tinkering in his garage and volunteering for peace meals and local foodbanks.

Memories may be made to the Alzheimer’s Association.

To order memorial trees or send flowers to the family in memory of Bruce Cobb, please visit our flower store.