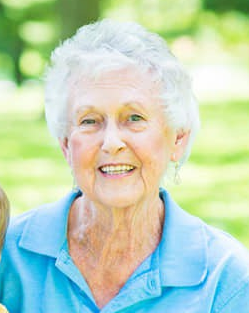 Memorial services will be held at 5:00 P.M. on Saturday, November 30, 2019 at the Arthur United Methodist Church, 128 East Illinois Street, Arthur, IL.   Pastor Bruce Weiman will officiate.   Visitation will be held from 2:00 P.M. to 5:00 P.M. prior to the memorial service.
The Edwards Funeral Home is assisting with arrangements.

Beverly was preceded in death by her parents, her first husband David Huckstep, one grandson, Justin C. Huckstep, one sister, Brenda J. Lewellyn and a step son-in-law, Randy French.

Beverly graduated from Assumption High School in 1960.  She has been a beautician, she worked at BorgWarner, GSI and she drove a School Bus for over 20 years, she drove for Moweaqua and Arthur School Districts.

She was a member of the Red Hats Club, Carriage Camper’s Club and The Arthur United Methodist Church.

Beverly enjoyed Square-Dancing when she was younger, she liked quilting, genealogy, camping, traveling and spending time with her family, especially her grandchildren.

The family would like to thank the doctors and nurses of DMH for Beverly’s cancer care.

Memorials may be made to Barnes-Jewish Hospital in St. Louis, MO.

To order memorial trees or send flowers to the family in memory of Beverly Huckstep Crist, please visit our flower store.
Send a Sympathy Card