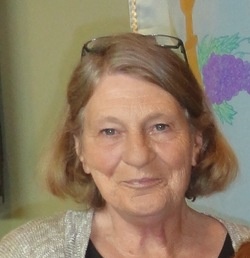 Betty’s vibrant personality and goofy sense of humor endeared her to friends and family, the most important part of her life. In her free time, Betty enjoyed reading, sewing, quilting, baking, playing bingo, and singing the “golden oldies.” Betty traveled across the United States as an Amish taxi-driver for 28 years. However, it was her three grandchildren who captured her heart and shined as the light of her life.

Betty is survived by her husband Willis of Arthur, IL; two daughters, Jenny Massoni and husband David of Lindenhurst, IL and Amy Malin and husband Jeremy of Arthur, IL; three grandchildren, Miah, Zackary and Ryan; her mother Fredia White of Atwood, IL; one brother, Wes White and wife Vicki of Sullivan, IL and one sister, Connie Gulley and husband Gary of Decatur, IL.

Betty was preceded in death by her father and two sisters, Linda Fentress and Paula Myers.

To order memorial trees or send flowers to the family in memory of Betty Stutzman, please visit our flower store.