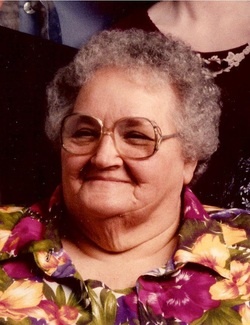 She is survived by a daughter, Leiann Gapa and her husband Jerry of Oswego, IL, two granddaughters, Suzanne Gapa of Bark River, MI, and Deanna Hanley of Austin, TX, and her extended family, Jana Sue, John, Jack and Jasie Nacke all of Arcola, IL.

She was preceded in death by her parents, her husband, one son, Brian “Hondo” Hanley and two daughters, Lejean Hanley and Cynthia Hanley.

Betty had been an OB Nurse at Jarman Hospital in Tuscola, IL and a Pediatric Nurse at Mattoon Memorial Hospital. She retired as the School Nurse for the Arcola School Systems with over twenty-five years of service.

She was a member of the Arcola United Methodist Church. She had been active as a Girl Scout Leader
and Betty was an avid Chicago Cub Fan.

Memorials may be made to the Arcola Elementary School Library in Betty’s name.

To order memorial trees or send flowers to the family in memory of Betty Hanley, please visit our flower store.