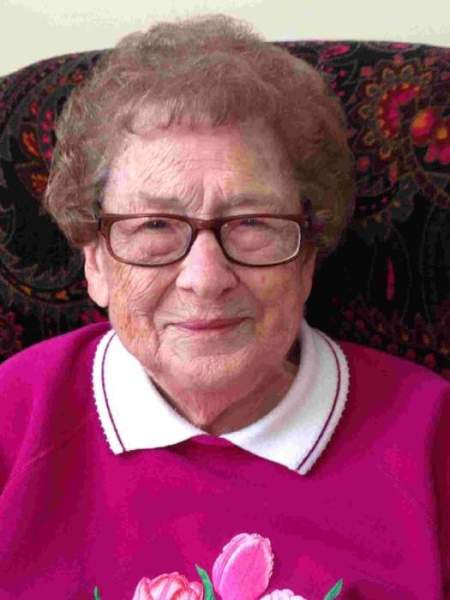 Survivors include one son: Kevin Duffle and his wife Debbie of Hindsboro, IL; three daughters, Teresa Gilbert and her husband Tom of Ashmore, IL Sheila Kubota and her husband Robert of Hacienda Hts., CA, and Marsha Countryman of Hindsboro, IL; one foster son: Jim Black and his wife Donette of Lake Norman, NC; 14 grandchildren; 25 great-grandchildren; 3 great-great-grandchildren; one brother: Ed Ferguson and his wife Dolores of Charleston, IL; one sister: Mary Grace Jones of Charleston, IL; and one sister-in-law: Jeanne Ferguson of Mattoon, IL.

She was preceded in death by her parents, and her husband, and five siblings: Willis “Bill” Ferguson, Richard Ferguson, Ruth Ann Hickox, Nina Burnett, and Floyd Ferguson.

Betty was a wonderful cook; she was known for her angel food cakes and meatloaf, and she always made noodles and rolls for church dinners.  She loved her flowers and was an avid reader, she loved reading the Bible and she was a prayer warrior for anyone who needed prayer.

She was a wonderful farm wife, mother, grandmother, sister and friend.

Memorials may be made to the Hindsboro Christian Church.

To order memorial trees or send flowers to the family in memory of Betty Duffle, please visit our flower store.