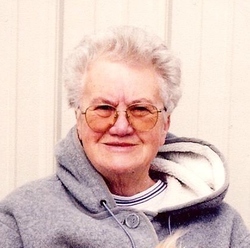 She was preceded in death by her parents, and one grandson Michael Guthridge.

Betty spent several years as the owner and operator of Cook’s Café in Hindsboro making friends with farmers and individuals in the community.

Memorials may be made to the Hindsboro Civic Center.

To order memorial trees or send flowers to the family in memory of Betty Cook, please visit our flower store.