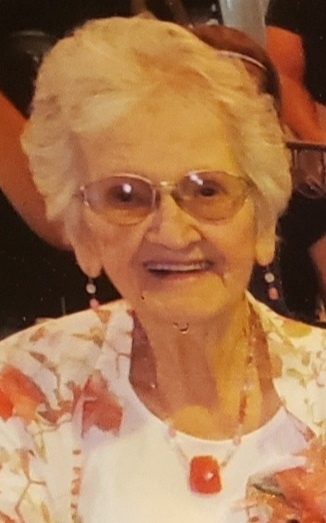 Betty was preceded in death by her parents, her husband, Dick Alcorn, and a sister Carol Johnson.

Betty was a member of St. John’s Catholic Church in Arcola, IL

Betty worked at the Finfgale Shoe Store in Arcola for several years.  She later went to work for Arcola True Value and retired from there in 1997 after 16 ½ years of service.   Following her retirement, she did volunteer work with RSVP in Coles County.  Betty enjoyed cooking, reading, and playing card games like Hand and Foot and Pinochle.  Bingo was also a favorite for her.  Betty’s greatest joy came from just simply spending time with her family, especially her grandchildren.

Memorials may be made to the Arthur Home.

To order memorial trees or send flowers to the family in memory of Betty Alcorn, please visit our flower store.