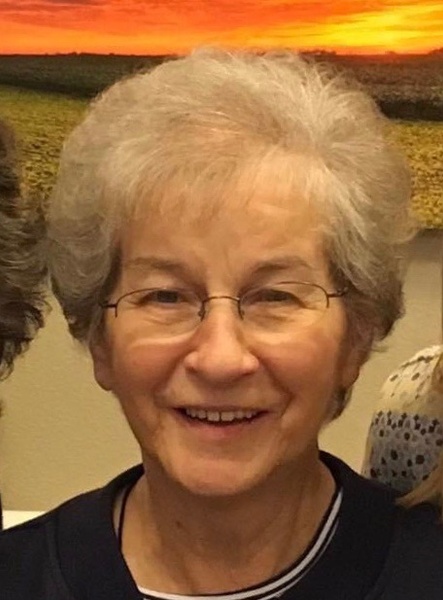 Funeral services will be held at 3:00 P.M. on Tuesday, June 23, 2020 at the Edwards Funeral Home, 221 east Main St., in Arcola, IL.  Pastor Matt Stump will officiate.  Burial will be in the Arcola Cemetery.  Visitation will be held one hour prior to the funeral at the funeral home. The family would appreciate if everyone who attends would observe social distancing and wear a mask.

She was preceded in death by her parents, her husband and one sister, Betty Guth and one brother, Harold Johns.

Barb was a member of the Arcola United Methodist Church.  She had worked at Vyverberg’s Department Store in Arcola for several years.   She enjoyed fishing, cooking, sewing and crocheting.  Her favorite times were spent with her family, especially her grandchildren.

Memorials may be made to the Arcola United Methodist Church or the Alzheimer’s Association.

To order memorial trees or send flowers to the family in memory of Barbara Gibson, please visit our flower store.