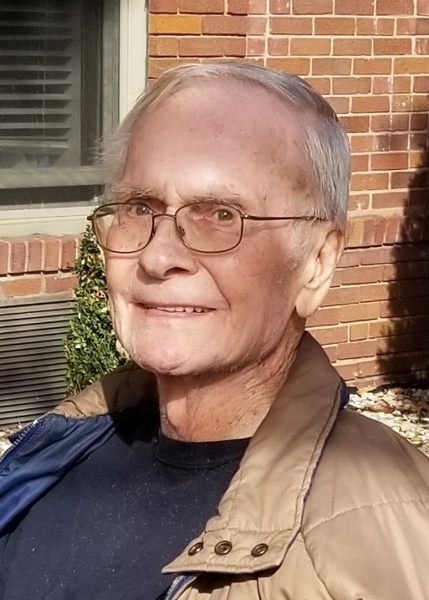 Andrew Lee York, Jr. (85) died of natural causes early April 17th at Mason Point in Sullivan, IL.  He was born in Tuscola , IL on January 9, 1935 to Louise and Andrew L. York.  He requested cremation and no flowers.
He graduated from the Atwood-Hammond schools in 1952, and in 1956 received a Bachelor of Music Education degree from Illinois Wesleyan University (IWU). He later did graduate work at the United States Armed Forces Institute and Eastern Illinois University .
While at IWU he was a member of, and during his senior, year the President of Phi Mu Alpha Sinfonia, a social and professional fraternity.  He was also a member of the Bloomington-Normal Symphony, the University Orchestra and Concert Band, the Admission Office's Apollo Quartet, the select Collegiate Choir, the Pekin Orchestra, and worked in the University Dining Hall for his meals.  Mr. York was a Senior Honor Recitalist playing the French Horn.
He married Jeanette L. Smith on September 15, 1956 in Fairbury.  She preceded him in death on May 3, 2010.  His sister, Sue Clouser of Monticello survives, as do his 3 sons, Kevin (Jill), of Elmhurst, Brian of Johns Creek, GA, and Drew of Vancouver WA, six grandchildren, Connor, Carli and Colin of Elmhurst and James, Julia and Emily of Johns Creek, GA.  He was preceded in death by his parents.
He served as a draftee in the U.S. Army from 1957 to 1959 as a bandsman at Ft. Sam Houston TX after being trained as a medical supply specialist.  After his 2-year service he was honorably discharged into the Reserve.  He attained the rank of E-4.
Mr. York taught instrumental and vocal music in Chatsworth after his graduation from IWU before being drafted, and after his service he taught instrumental music in the junior high and high schools in Sullivan for six years.  He next assumed a position as the Publicity and Public Relations Director at the Little Theatre-on the Square in Sullivan for 6 years and for the first summer concurrently at Little's Piccolo Playhouse in Joliet .  During that time of consistently large growth attendance gains under theatre founder/mentor Guy S. Little Jr. he arranged for and escorted 65 major radio, TV and movie stars for radio, TV and newspaper interview outlets in Decatur, Champaign and Springfield and various other media markets, the White House and even in the D.C. Capitol office of Everett Dirksen, at that time the Senate Majority Leader.
Finally he served as an admission counselor and then as Assistant Director of Admission at IWU for twenty years before his retirement in 1988. He was a member of the Illinois Association of College Admission Counselors and the National ACAC.  He served as a lay member of the former Northern IL Annual Conference of the United Methodist Church in the 1980s.  After his retirement he volunteered with many non-profits.  He wrote many Letters to the Editor in Bloomington and Champaign .  One of his proudest achievements was earning his FAA private pilot license in 1986.
Mr. York appeared professionally with many community bands and orchestras in Illinois and did recitals with his wife and Jerili and Guy Little in the Sullivan area.
His family wishes to thank his wonderful caretakers, Vicky Long and Debbie Cole of Sullivan and his friends since 1952, Mary and Bob (deceased) Cummins of Fairbury.
A major benefactor of IWU, he asked that memorials be made to the General Fund at Illinois Wesleyan University Development Office, P.O. Box 2400 , Bloomington IL 61702-2400 .
Edwards Funeral Home in Arcola is proud to assist in final arrangements.  The family will hold a Memorial Service for Lee when appropriate.

To order memorial trees or send flowers to the family in memory of Andrew York, please visit our flower store.