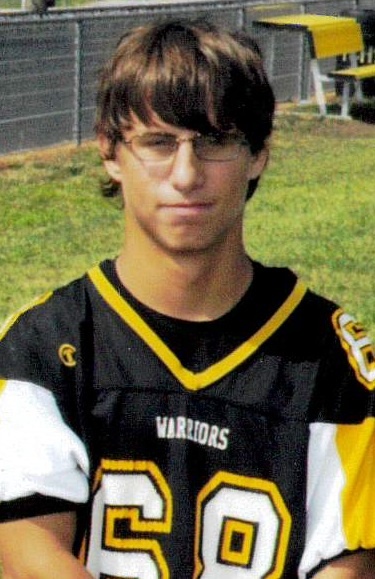 He was preceded in death by his paternal grandmother, Sue Hendry and his uncle Richard Poskin.

Andrew has been living with his grandma, Lu Thompson, for the past three years.   He attended the Bourbon Baptist Church with her.   He was going to be a Junior at Tuscola High School this year.   He has been on the Tuscola Warrior Football Team for the past two years and even played JFL football prior to that.   He was also on the track team.   Andrew was a big Green Bay Packer fan.   He enjoyed stock-car racing with his family, fishing with his step-dad and playing video games.   He was very proud of his car.

Andrew worked for the Tuscola School District during the summer and most recently was working at McDonalds in Tuscola, IL.

In lieu of flowers memorials may be made to Andrew’s family in care of the First State Bank of Tuscola, 801 S. Main Street in Tuscola, IL.

To order memorial trees or send flowers to the family in memory of Andrew Poskin, please visit our flower store.
Send a Sympathy Card