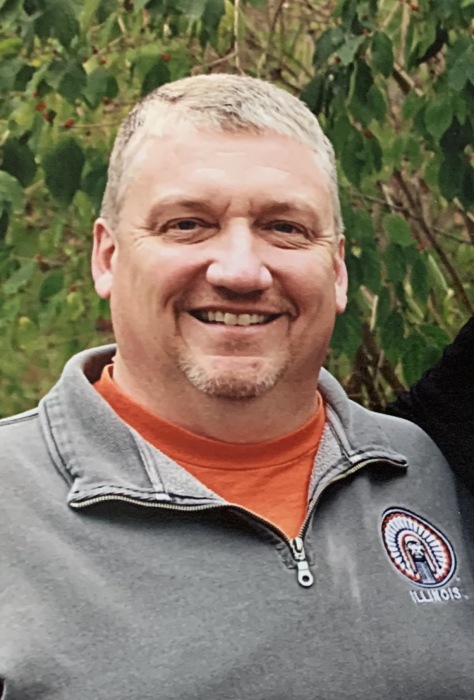 He was preceded in death by his grandparents, Walter and Wanetta Murphy and Alfred and Flossie Edwards.

Allen was a 1980 graduate of Arcola High School.  He then graduated from ITT Technical School in Indianapolis, IN.

He was in electrical equipment sales for many years after graduating ITT.

Allen enjoyed golfing, watching NASCAR, and many superheroes.  He loved listening to country music, Garth Brooks being his favorite, and playing guitar.  He was a collector at heart, collecting drag car diecasts, replica sports rings, hot wheels, sports figures, guitars, and other novelty things, many of which he would buy from garage sales and flea markets with his wife.

He enjoyed antiquing with his dad and traveling with his wife across the United States and to visit family. He had a passion for music, his pets and especially his family.

In lieu of flowers, memorials may be made to the Arcola Sports Boosters.

To order memorial trees or send flowers to the family in memory of Allen Edwards, please visit our flower store.
Send a Sympathy Card