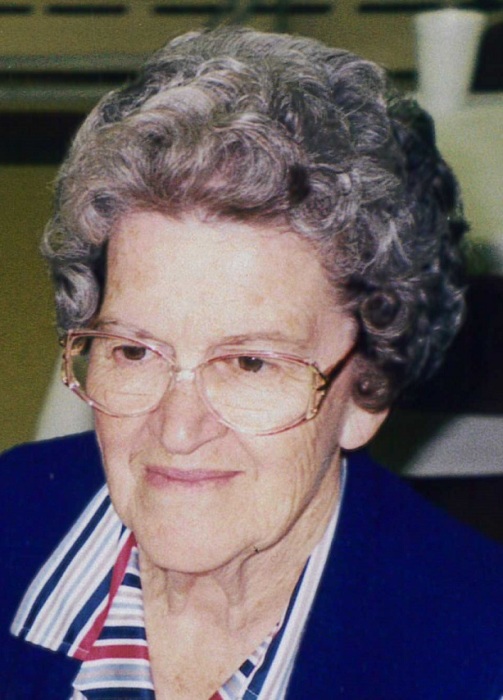 Funeral services will be held at Noon on Saturday, April 6, 2019 at the Edwards Funeral Home, 221 East Main St., Arcola, IL.   Rev. Thad Sweet will officiate.  Burial will be in the Arcola Cemetery.  Visitation will be held one hour prior to the funeral on Saturday.

She is survived by her son, Steven Ray Gates and his wife Nancy of Arcola, IL.

She was preceded in death by her parents, her husband, her brother, Jackie Dale Cox and her sister, Barbara Jane McCormack.

Aline enjoyed embroidering, gardening and working out in her yard.

Memorials may be made to the Activity Department at the Odd-Fellow Rebekah Home or the Arcola Masonic Lodge.

To order memorial trees or send flowers to the family in memory of Aline Gates, please visit our flower store.
Send a Sympathy Card