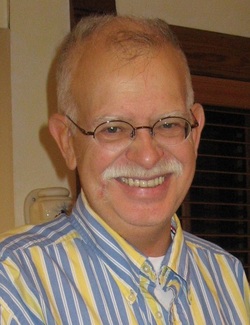 Funeral services will be held at 2:30 P.M. on Sunday August 25, 2013 at the Harvest Church, 2118 Cindy Lynn Street in Urbana, IL. Visitation will be held one hour prior to the Funeral Service. Burial with Military Rites conducted by the Urbana American Legion Post 71 and the Champaign Police Department Honor Guard will be in the Prairieview Cemetery in Savoy, IL. The Edwards Funeral Home is assisting with arrangements.

Alan was born on July 27, 1945 in Peoria, IL. He was the son of Norma Williams. At the age of 13 months, he was adopted by Alva and Mary (Jennings) Atteberry.

He served his Country with honor in the United States Army where he trained as a Helicopter Crew Chief and served his Nation in Vietnam with the Black Cats.

In 1972, he married the love of his life, Kay Bright Weber. In 1974, he began a successful career as a member of the Champaign Police Department where he served with honor and integrity for 28 years. In 1988, he was promoted to Detective and in 1990, he accepted a promotion to Sergeant. He was later promoted to Lieutenant, the position he held until his retirement in 2002.

In addition to his wife Kay, he is survived by his daughter Darcy (Don) Dunlap of Mahomet, IL and two grandchildren Bailee Dunlap and Chance Dunlap. He is also survived by sisters, Analee (Glen) Craft of Roswell, NM and Ava Oehschlager of San Antonio, TX, all of whom he deeply loved beyond measure.

He was preceded in death by his birth mother, his adoptive parents and two sisters, Arlene Berry and Alma Sponsler.

Memorials may be made to the Crisis Nursery.

To order memorial trees or send flowers to the family in memory of Alan Atteberry, please visit our flower store.
Send a Sympathy Card