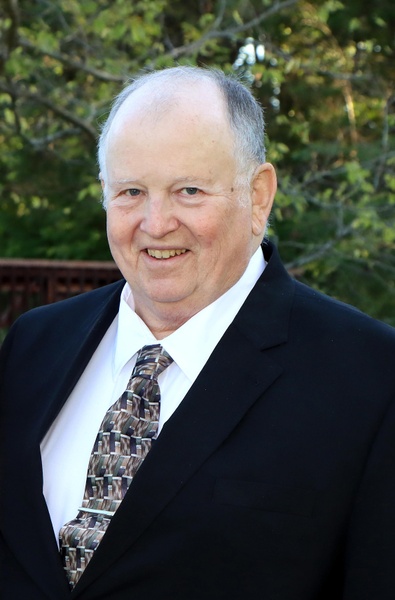 Funeral services will be held at 2:00 P.M. on Saturday, February 19, 2022 at the Arthur Mennonite Church, 710 East Park St., Arthur, IL.  Rev. Steve Morgan will officiate.  Burial will be in the Arcola Township Cemetery.  Visitation will be held from 4:00 P.M. to 7:00 P.M. on Friday, February 18, 2022 at the Arthur Mennonite Church.  The Edwards Funeral Home is assisting with arrangements.

He was preceded in death by his parents, two brothers, Andy Mast who was Amanda’s twin brother that died at birth and Clarence Mast, and four sisters, Mary Ellen Mast, his twin sister Alta J. Kauffman, Tillie Sanders, and Fannie Kauffman.

Butch was a member of the United Christian Church in Mattoon, IL.  He was a member of the Carpenters Union Local 63 out of Bloomington, IL, and the Kaskaskia Country Club. He also served as Bishop of the Amish Open for many years.  He was an Arcola Township Trustee and served on the Arcola Zoning Board.

Butch began working construction with his brother, John, when he was 14.  By the time he was 18 he became the purchasing agent for John H. Mast Construction.  In 1977 he accepted a position with the Clinton Power Plant as a General Foreman.  He later worked at USI in Tuscola.  He worked in the office at Kaufman Custom Cabinets for a short time before buying into J and M Representatives, a company that his brother John and nephew Kevin started in 1992 and is now known as Simply Amish.  Butch retired in December of 2016.  After he retired, he helped as a sales associate for Kauffman Amish Furniture Outlet in Arcola.

Butch had a passion for golfing, he also enjoyed grilling out, mowing his yard, and fishing.  He could also be found playing Pokémon Go, with the username of “Amish Bulldog”.

His greatest joy was spending time with his friends, family and especially his grandchildren.

In lieu of flowers, memorials may be made to the Foundation for Barnes-Jewish Hospital.

To order memorial trees or send flowers to the family in memory of Adlai "Butch" Mast, please visit our flower store.